Was it just me or was this summer pretty spectacular? Sure, there were humid days and sure, there were rainy days, but overall, I’d have to call this one of the best summers we’ve had in a while. But maybe I’m not the best judge because I was either super-pregnant or over-weight from just being pregnant for the three before this one, so yeah…that probably skewed my tolerance level toward the low end of the scale.  But I digress. Amanda and G and their two model-beautiful children (seriously, though, these two could be in magazines or at least have a show on the Disney channel!) Griffin and Isadora are BFF’s to my two kids since they all go to daycare together.

Griffin was 2 when Max started and Isadora was still in Amanda’s belly…she later appeared a few days later, so she and Max are about 4 months apart. So needless to say, I hear a lot about these kids from my very chattery 3 year old. And don’t worry, it’s all positive.

Amanda and I work at IUP and she suggested this location when we talked about where we’d like to do the shoot. I’m super-glad she did as I had pretty much wrote it off in my mind since there is no shade and it’s a compact maze of tiny plants and flowers. But in the early morning sun of July, this place looks like a lush garden with amazing light and color.

Such a beautiful family! 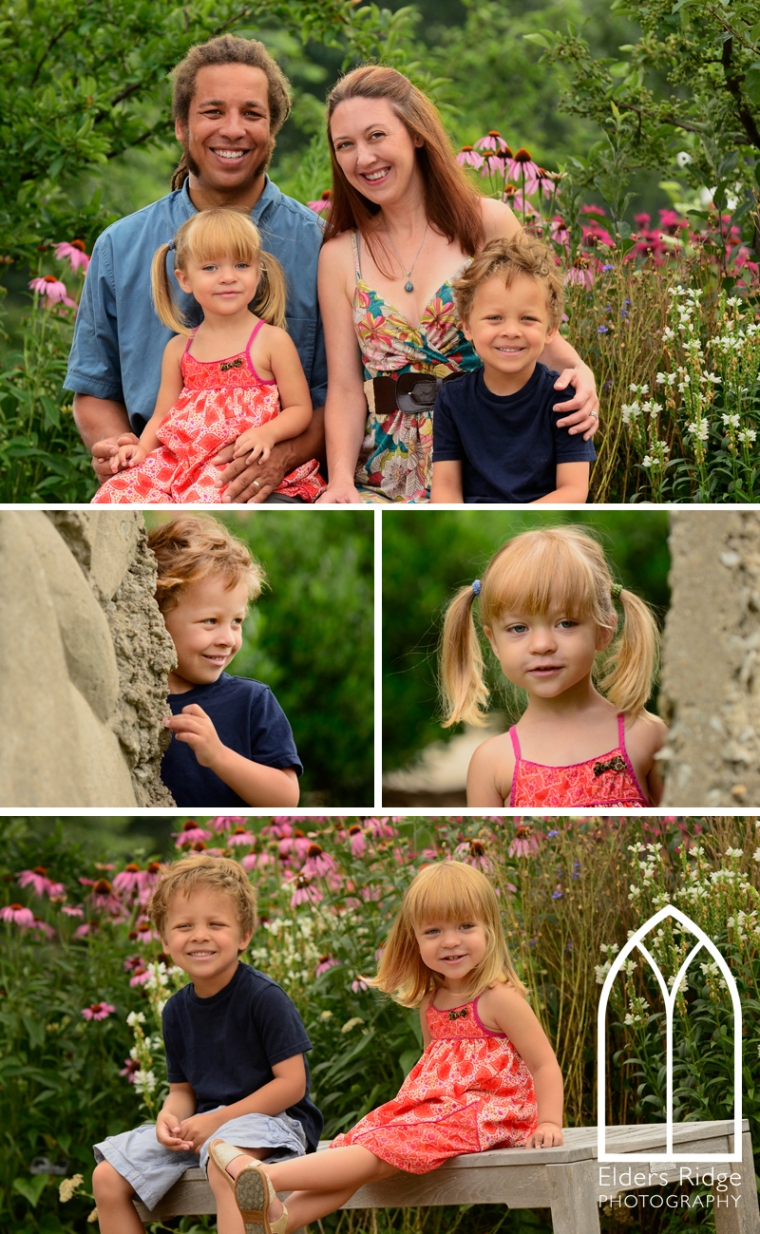